Bird 2.) Why did I not promote the hell out of the album as soon as it was available?!

I am often asked how I got the name “The Page” – and how all this got started. There’s a long story behind all that, but I’ll give you the shorter (read: less long) version.

I’ve been writing songs and playing guitar for years. I’ve played in bands, played just for the joy of it at home for no one but me, and for/with friends when the occasion arose. I used to work at a bookstore with a porch that made that occasion very often. While at the store, I met – and became friends – with a man called Pedro. Pete, but to his friends and fans, he was Pedro.

Pedro had a solo show at our local (read: only) coffee house in town. He invited me to sit in for a few songs. Before we knew it, we would play the whole two hours together, jammin’ on oldies and folk songs and asking people to sing along with us. It was magical. Pedro and I sat on the ol’ bookstore porch one day, scratching our heads and trying to figure out what to call our duo.

“I dunno, dude. Pedro & The Humble Book Dude is a little long…”

As time went on, we got some more members: Shawn, our incredible keyboardist & singer, Joe, our awesome drummer of doom, and Wayne, the bassist with the… Most… Bass. Together, we would bring Saturday Nights alive at the coffee shop as Pedro & The Pages. Classic Rock was our genre, and we covered all the ground we could – Pink Floyd, The Doors, Zep, Beatles, and so on… It was a blast!

As bands do, we broke up, but all of us remained friends.

Pedro went back to playing solo, or with guests. I set out on a mission to become a solo act and record the music in my head. We supported each other as best we could.

Just as The Storyteller’s Impasse came to release, Pedro went to play a show for Morrison, Hendrix, Cass, Joplin, Bowie, and countless others. I didn’t have the heart, the energy, or the basic functions of my mind to try and promote my album. I miss my friend, as did our town – and many, many others.

I have my own thoughts and feelings about it all, but I believe he wouldn’t want me – or anyone else – to stagnate on his behalf. So, here it is. The Album. The Music. The Page.

Pedro, thank you. You gave me the courage to play out again, the joy of music with others, and helped cement friendships with Joe, Shawn, Wayne. You were a hell of a band leader, and an amazing friend. And, I can say without ego, we were a great band, and a great pair. 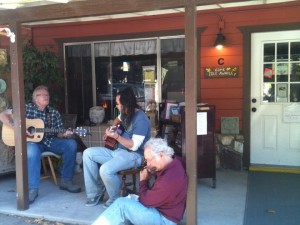 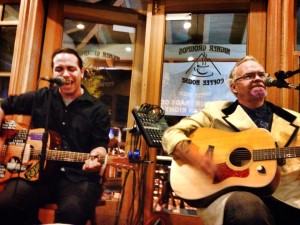 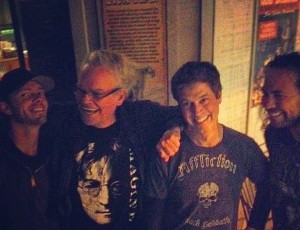